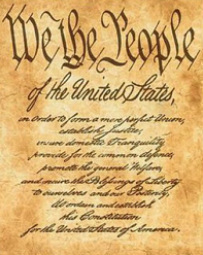 Steps Toward Representative Government in America
The American colonies began developing a democratic tradition during their earliest stages of colonization. From the Virginia House of Burgesses and the Mayflower Compact to the eventual Articles of Confederation and United States Constitution, the people that help shape our form of government learned from other and from their mistakes.  Over 150 years, the colonists began to believe that their experience was great enough to refuse to recognize the British king and create a country of their own.

Below is a list of links that will help you get to know the people, documents, and institutions that helped shape the government we all enjoy today.