The Era of Good Feelings
As nationalist feelings spread, people slowly shifted their loyalty away from state governments and more toward the federal government. Democratic-Republican James Monroe won the presidency in 1816 with a large majority of electoral votes. The Federalist Party provided little opposition to Monroe and soon disappeared. Political differences gave way to what one Boston newspaper called the “Era of Good Feelings”.

The Era of Good Feelings was a time in which American nationalism, or pride in the nation rather than the states, grew.  Americans had preserved their independence from Great Britain and had learned to cooperate in a common effort.
Nationalism Unites the Country
Toward the end of his presidency, President Madison presented a plan to Congress for making the United States economically self-sufficient. In other words, the country would prosper and grow by itself, without foreign products or foreign markets.

2. Establish a national bank that would promote a single currency, making trade easier. (Most regional banks           issued their own money.) In 1816, Congress set up the second Bank of the United States. 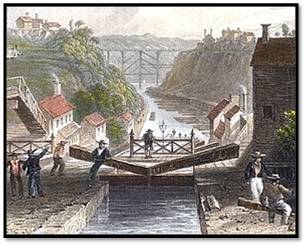 Roads and Canals Link Cities
In 1817, Representative John C. Calhoun of South Carolina called for better transportation systems. “Let us bind the Republic together with a perfect system of roads and canals,” he declared. Earlier, in 1806, Congress had funded a road from Cumberland, Maryland, to Wheeling, Virginia. By 1841, the National Road, designed as the country’s main east-west route, had been extended to Vandalia, Illinois. This improved transportation and trade throughout the country greatly.

Water transportation improved, too, with the building of canals. In fact, the period from 1825 to 1850 is often called the Age of Canals. Completed in 1825, the massive Erie Canal created a water route between New York City and Buffalo, New York. The canal opened the upper Ohio Valley and the Great Lakes region to settlement and trade. It also fueled nationalism by unifying these two sections of the country.  The Erie Canal was the most ambitious project ever constructed up to that time.

The Erie Canal allowed farm products from the Great Lakes region to flow east and people and manufactured goods from the East to flow west, thus creating new markets for those farmers and manufacturers to sell their goods.  Trade stimulated by the canal helped New York City become the nation’s largest city. 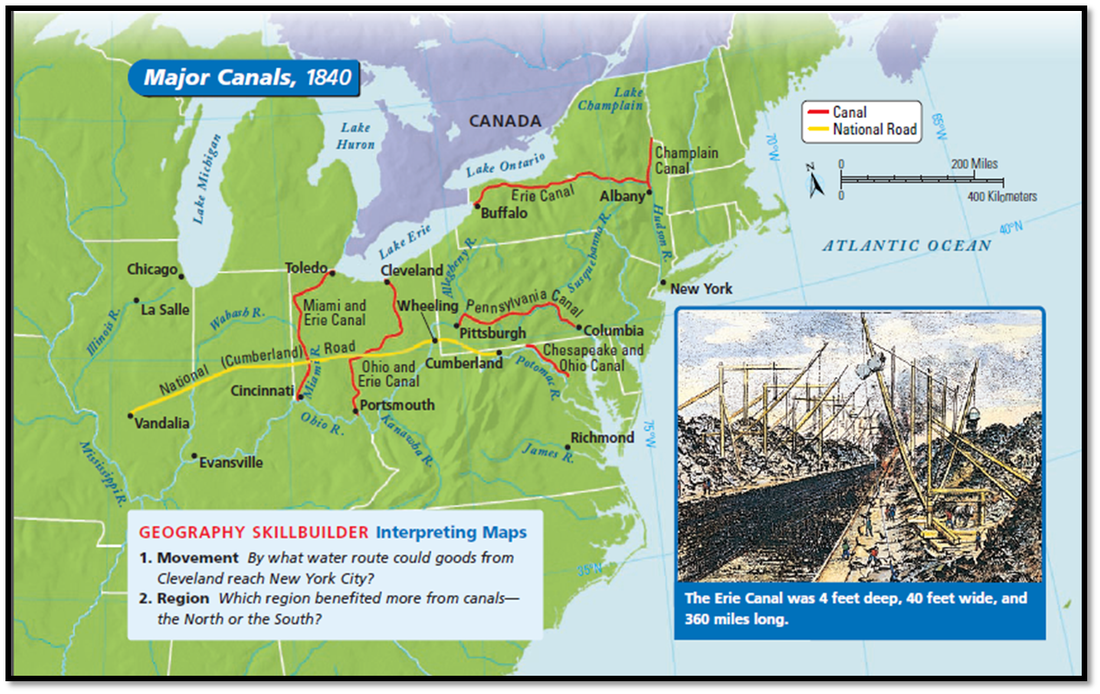 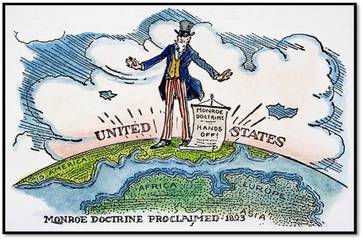 During James Monroe’s presidency, the nation felt threatened by events elsewhere in the Americas. In Latin America, several countries had successfully fought for their independence from Spain and Portugal. Some European monarchies planned to help Spain and Portugal take back their colonies, hoping to keep the urge to revolt from reaching Europe. U.S. leaders feared that if this happened, their own government would be in danger.

Additionally, Russian colonies in the Pacific Northwest concerned Americans. The Russians entered Alaska in 1784. By 1812, their trading posts reached almost to San Francisco.

In December 1823, President Monroe issued a statement that became known as the Monroe Doctrine. Monroe said that the Americas were closed to further colonization. He also warned that European efforts to reestablish colonies would be considered “dangerous to our peace and safety.” 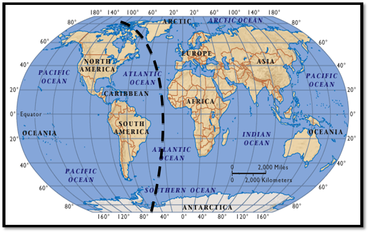 ​In effect, Monroe was drawing an invisible line between the New World (Western Hemisphere) and the Old World (Eastern Hemisphere), in terms of spheres of influence. At the time, not many European colonies were left in the New World. Thanks to the efforts of Simon Bolivar and others, nearly all Latin American colonies of Portugal and Spain had declared themselves independent from their colonial "parents." 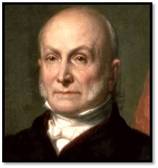 The ideas in the Monroe Doctrine came from John Quincy Adams, Monroe’s secretary of state, who would later become the 6th President of the United States. Adams delivered a speech against colonization on July 4, 1821—two years before Monroe announced his doctrine.
Essential Question: What major economic, domestic, and foreign issues did President Monroe face?