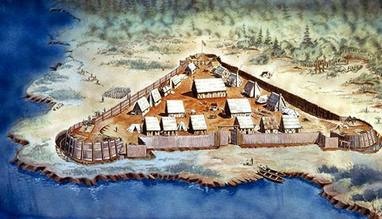 Jamestown is Founded (1607)
In 1607, the Virginia Company of London financed an expedition to Chesapeake Bay that included more than 100 colonists. They sailed up the James River until they found a spot to settle. They named the first permanent English settlement Jamestown in honor of King James.

From the start, the Jamestown colonists endured terrible hardships. The site of the colony was swampy and full of malaria-carrying mosquitoes. This disease made the colonists sick with fever. Many also became ill from drinking the river water. To make matters worse, the London Company had incorrectly told the settlers that the colony would be rich in gold. They spent their days searching for gold rather than building houses and growing food.

The climate was also a hardship. The colonists soon learned that the summers were hot and humid and the winters bitter cold. As one colonist recalled, “There were never Englishmen left in a foreign country in such misery as we were in this newly discovered Virginia.”

1.  What is the significance of the Jamestown colony?

2.  What hardships did the Jamestown colonists have to endure? 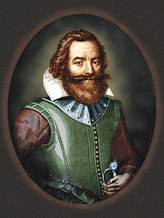 Jamestown Grows
By January 1608, only 38 colonists remained alive. Later that year, John Smith, a soldier and adventurer, took control. To make sure the colonists worked, Smith announced, “He that will not work shall not eat.” Smith’s methods worked. He ordered an existing wall extended around Jamestown. He also persuaded the Powhatan tribe to trade their corn to the colonists. In 1609, Smith was injured in a gunpowder explosion and returned to England. That same year, 800 more English settlers arrived in Jamestown.
Because of growing tensions between the settlers and Native Americans, the Powhatanstopped trading food and attacked the settlers. The settlers did not dare leave the fort. During the “starving time,” the colonists ate rats, mice, and snakes. Only 60 of the colonists were still alive by 1610.

1.  How did Captain John Smith help the Jamestown colony? 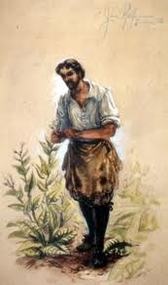 ​Tobacco Saves Jamestown
In 1612, John Rolfe developed a high-grade tobacco that the colonists learned to grow. It quickly became very popular in England. The success of tobacco growing changed Jamestown in many ways. The Virginia Company thought of the colonists as employees. The colonists, however, wanted a share of the profits.

The company responded by letting settlers own land. Settlers worked harder when the land was their own. The company offered a 50-acre land grant for each man, woman, or child who could pay his or her way to the colony. Those who could not afford passage to America were encouraged to become indentured servants. These men and women sold their labor to the person who paid their passage to the colony. After working for a number of years, they were free to farm or take up a trade of their own.

The colonists soon became annoyed at the strict rule of the governor, who represented the Virginia Company’s interests back in London. To provide for more local control, the company decided that burgesses, or elected representatives, of the colonists would meet once a year in an assembly. The House of Burgesses, created in 1619, became the first representative assembly in the American colonies.

1.  How did John Rolfe help the Jamestown colony?

2.  How did some people pay for their passage to Jamestown?

3.  What is the House of Burgesses and why was it created?

Summary:
Summarize the events, people and hardships of the Jamestown Colony using the language of a historian.
Check it Out!