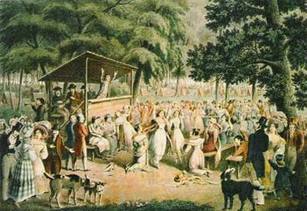 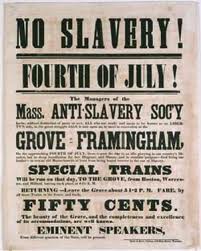 ​Abolistionists
In the 1830s, American abolitionists gained momentum in their battle to end slavery. Abolitionists believed that slavery was a national sin, and that it was the moral obligation of every American to help eradicate it from the American landscape by gradually freeing the slaves and returning them to Africa.. Not all Americans agreed. Views on slavery varied state by state, and among family members and neighbors. Many Americans—Northerners and Southerners alike—did not support abolitionist goals, believing that anti-slavery activism created economic instability and threatened the racial social order. 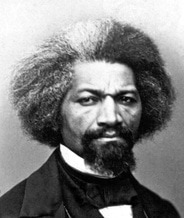 Frederick Douglass was a prominent American abolitionist, author and orator. Born a slave, Douglass escaped at age 20 and went on to become a world-renowned anti-slavery activist. His three autobiographies are considered important works of the slave narrative. Douglass' work as a reformer ranged from his abolitionist activities in the early 1840s to his attacks on Jim Crow and lynching in the 1890s. For 16 years he edited an influential black newspaper,  THE NORTH STAR and achieved international fame as an inspiring and persuasive speaker and writer. In thousands of speeches and editorials, he spoke out powerfully against slavery and racism. 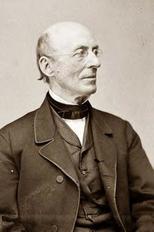 For the entire generation of people that grew up in the years that led to the Civil War, William Lloyd Garrison was the voice of Abolitionism. Garrison became the leader of the emerging anti-slavery movement during these years. His publication, THE LIBERATOR, reached thousands of individuals worldwide. His tireless, uncompromising position on the moral outrage that was slavery made him loved and hated by many Americans. 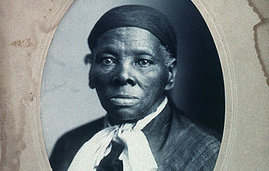 Harriet Tubman became famous as a "conductor" on the Underground Railroadduring the turbulent 1850s. Born a slave on Maryland's eastern shore, she endured the harsh existence of a field hand, including brutal beatings. In 1849 she fled slavery, leaving her husband and family behind in order to escape. Despite a bounty on her head, she returned to the South at least 19 times to lead her family and hundreds of other slaves to freedom via the Underground Railroad. Tubman also served as a scout, spy and nurse during the Civil War. 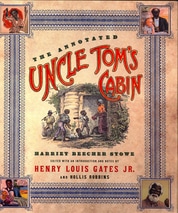 Harriet Beecher Stowe was an American abolitionist and author. Her novel Uncle Tom's Cabin was a story about life for African Americans under slavery. Uncle Tom's Cabin reached millions of people as a novel and play, and became very influential because it illustrated the harsh treatment of slaves. It energized anti-slavery forces in the Northern states, while causing widespread anger in the Southern states. 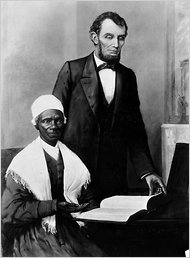 Born into slavery in 1797, Isabella Baumfree, who later changed her name to Sojourner Truth, would become one of the most powerful advocates for human rights in the nineteenth century.
In 1827, after her master failed to honor his promise to free her (to uphold the New York Anti-Slavery Law of 1827), Isabella ran away.  After experiencing a religious conversion, Isabella became a preacher and in 1843 changed her name to Sojourner Truth. During this period she became involved in the growing antislavery movement, and by the 1850s she was involved in the woman’s rights movement as well. At the 1851 Women’s Rights Convention held in Akron, Ohio, Sojourner Truth delivered what is now recognized as one of the most famous abolitionist and women’s rights speeches in American history: “Ain’t I a Woman?”
Women's Rights Movement 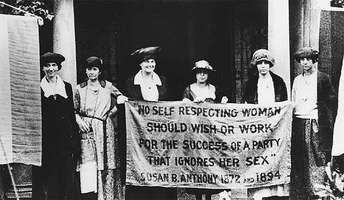 In the early 1800s, women were not treated equally to men. Women were expected to restrict their interests to the home and the family. Women were not encouraged to get a real education or a professional career. After marriage, women did not have the right to own their own property, keep their own wages (pay), or sign a contract. In addition, all women were denied the right to vote.  Many women, such as Susan B. Anthony, spoke out and protested for women's rights.  This is known as the Women's Rights Movement.

Women's rights movements are primarily concerned with making the political, social, and economic status of women equal to that of men.  One of the movements most important goals was to gain women's suffrage (the right to vote).

The first gathering devoted to women’s rights in the United States was held in 1848, in Seneca Falls, New York. The principal organizers of the Seneca Falls Convention were Elizabeth Cady Stanton, a mother of four from upstate New York, and the Quaker abolitionist Lucretia Mott.  About 100 people attended the convention; two-thirds were women.  Stanton drafted a “Declaration of Sentiments, Grievances, and Resolutions,” that echoed the preamble of the Declaration of Independence.

“We hold these truths to be self-evident: that all men and women are created equal.”
Declaration of Sentiments - Elizabeth Cady Stanton

The Declaration of Sentiments was a major turning point for the Women's Rights Movement.  It launched the movement to change women's role in American life. ​ 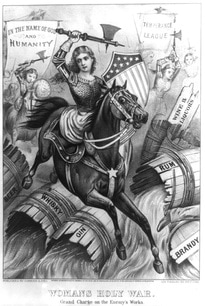 Alcohol abuse was common in the early 1800s, especially in the West and among urban workers. Reformers blamed alcohol for poverty, the breakup of families, and crime. They called for temperance, drinking little or no alcohol. Temperance crusaders used lectures, pamphlets, and revival-style rallies to warm people of the dangers of alcohol.

The movement gained a major victory in 1851, when Maine passed a law banning the manufacture and sale of alcoholic beverages. Other states passed similar laws, but most were repealed within several years. ​ 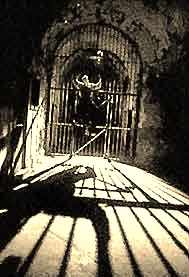 When Andrew Jackson became President, America's prisons generally did not try to reform their prisoners.  Most city and county jails punished criminals by simply placing them together in one large room regardless of the crime they committed.  For example, debtors would be placed in the same cell as murderers.
Prisons were often dirty and unhealthy; some prisons required their inmates to keep strict silence; guards beat prisoners; and food was of poor quality.  Reformers campaigned for better prison conditions in the 1830s and 1840s, based on the view that criminals could be rehabilitated.  Because of these reformers efforts, some jails began treating prisoners more fairly.  They allowed prisoners to talk, they opened prison libraries, and they even established schools inside prisons to teach prisoners to read and write. 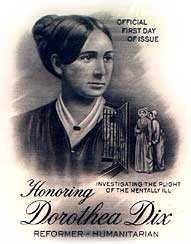 In the 1800s, most people lacked the knowledge needed to care for those with mental illness. Many mentally ill patients were locked in unheated rooms, chained to their beds and beaten.  Some were even sent to jail.  Dorothea Dix led the fight for better treatment of the mentally ill.  Dix was distressed to learn that the mentally ill were often housed with criminals and abused.  Dix toured states, including Massachusetts, to report on their treatment of the mentally ill.  She also campaigned for prison reform.  Her actions lead to changes such as separate building to house those with mental disorders.  These patients were permitted to work outdoors and enjoy recreation.  ​ 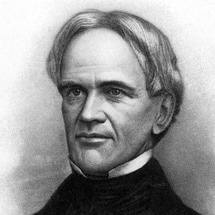 Before the Industrial Revolution, most American children received little formal schooling.  Wealthy children were taught reading, writing, arithmetic, foreign languages, and prayers by a private tutor.  Reformers like Horace Mann of Massachusetts fought to provide free public elementary school to every child.  He and other reformers insisted that elementary school should be both free and compulsory (everyone had to go).  These reformers wanted American children of all social classes to mix together in the same common schools.  Horace Mann also introduced the first schools to train teachers. Thanks a lot Horace Mann (sarcasm).
Essential Question: What impact did the reform movements of the 1800s have on American culture?

Note Questions:
1.  What impact did the Second Great Awakening have on the country?

2.   Who were the key people of the Abolitionist Movement and what impact did they have? (Use all of them)

3.  Who were the key people of the Women's Rights Movement and what role did they play?

5.  What was the cause of the Temperance Movement in America?  In your opinion, was it successful?

6.  Why was prison reform necessary in American during the 1800s?  Was this movement successful?

7.  What effect did Dorothea Dix have on the treatment of mentally ill people in America?

8.  What was Horace Mann's belief about education?  Was the Education Reform movement successful?

Summary:
What impact did the reform movements of the 1800s have on American culture?
Powered by