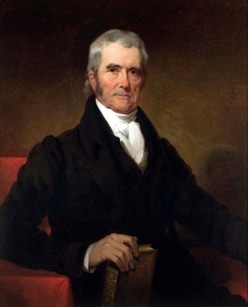 Background:  President Adams, just before leaving office, appointed Marbury as a justice of the peace.  The new Secretary of State under Thomas Jefferson’s administration, James Madison, refused to deliver his commission (official papers) making him a justice of the peace.  Marbury asked Supreme Court to require Madison to deliver his commission.  Marbury argued that the Judiciary Act of 1789 gave the Supreme Court the power to force James Madison to deliver the commission.

Decision / Significance:  The court rules that the part of the Judiciary Act that gave the Supreme Court the power to order delivery of the commission went against the Constitution. The Supreme Court declared that part of the act to be null and void. This case established judicial review – the right of the Supreme Court to declare a law unconstitutional.  This greatly strengthened the power of the judicial branch by making it the final authority in interpreting the U.S. Constitution.
​
McCulloch v. Maryland (1819)
Another key decision by Chief Justice John Marshall was McCulloch v. Maryland.  This case tested the relationship between state and federal law.

Decision / Significance:  The case presented two key issues: (1) Does Congress have the power to create a bank, even when that power is not specifically mentioned in the Constitution?  (2) Does Maryland have the power to tax an institution of the federal government?  Marshall ruled that Congress could create a national, since this would help Congress carry out its other powers.  Marshall said that the “necessary and proper” clause (elastic clause) in the Constitution gives Congress all those powers needed to carry out its powers listed in the Constitution.  He also said that since the federal government had the right to establish the bank, Maryland had no right to interfere by taxing it.
​
Gibbons v. Ogden (1824)
During the Transportation Revolution (rapid improvements in transportation) in the United States, the Supreme Court encouraged the growth of a national market by its decision in the case of Gibbons v. Ogden.

Background:  Ogden had been granted a monopoly by New York State to operate a steamboat between New York and New Jersey.  Gibbons was granted a similar license by the federal government.  Ogden sued to stop Gibbons from competing with him. Gibbons appealed to the Supreme Court.

Decision / Significance:  Marshall ruled in favor of gibbons.  He said that Congress could regulate ferry boats crossing the Hudson River between New York and New Jersey as part of its power under the Constitution to control “interstate commerce” (trade between states).  Only the federal government, according to the U.S. Constitution, could regulate interstate commerce, including activities affecting interstate commerce.  This established the federal government’s right to regulate anything that involves commerce between the states.
Notes:
Create and complete the graphic organizer below in you notebook 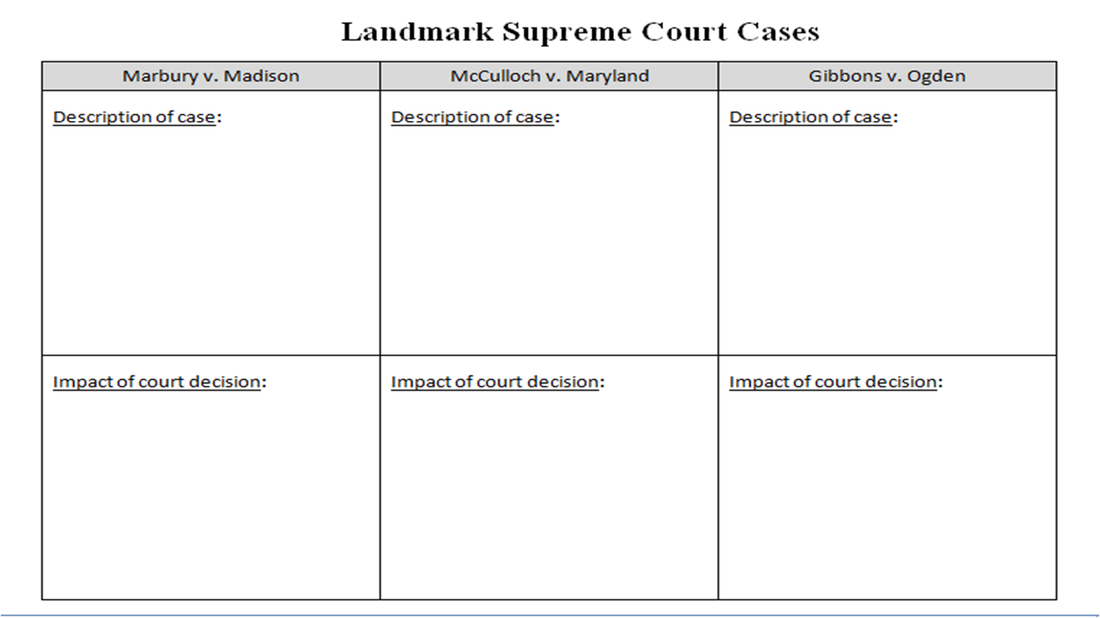